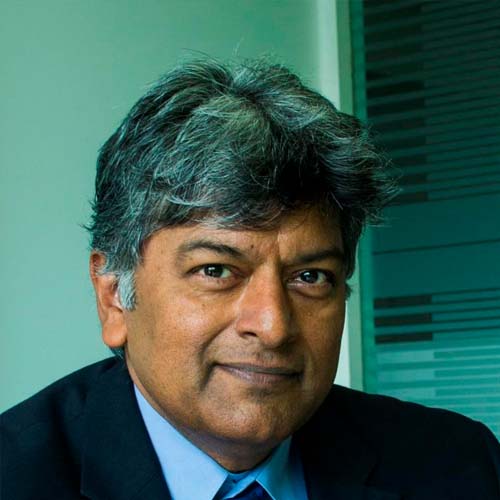 He is an academic and an entrepreneur. As an academic, he earned his PhD in the mathematics of decision sciences (operations research) at MIT in 1982. He has taught and conducted research in the computational mathematics of optimization, geometry, logic and biology at Purdue University (1982-1993) and the Indian Institute of Science (1992-2005). He has coauthored a book in computational logic, edited several volumes and published over seventy peer-reviewed research papers. He was elected a Fellow of the Indian Academy of Sciences in 1996. He is the current president of the Operations Research Society of India for a two year term 2017-2018. Professor Chandru serves as an adjunct faculty member of BioSystems Science & Engineering and a visiting professor of the Robert Bosch Centre for Cyberphysical Systems at IISc.

Professor Chandru is a founder of Strand Life Sciences (www.strandls.com), a computational biology company, and of the Association of Biotech led Enterprises (ABLE) and continues to serve in these in executive and advisory capacities. Strand is a new generation healthcare company that has pioneered the advancement of genomics based precision medicine in India. Strand has a multidiscplinary team of close to 200 scientists drawn from information, life and clinical sciences. For work with Strand and biotechnology, he was named a Technology Pioneer of the World Economic Forum in 2007 and the Biospectrum Biotech Entrepreneur of 2007.

For contributions to Science and Society, Professor Chandru was awarded the Hari Om Trust Award by University Grants Commission (MHRD) in 2003, the President’s Medal of INFORMS (Institute for Operations Research and Management Studies) in 2006, and was named in the 50 pioneers of change by India Today in 2008.